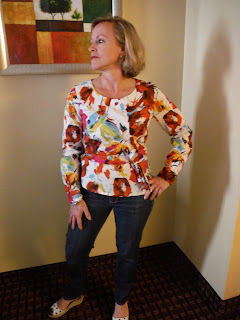 Day 18 (Saturday) The start of the Victoria Day Long Weekend in Canada.

A group of us drove down to Detroit to see a show. Rodriguez, in front of his home town crowd at the Masonic Temple. An amazing performance from a musician who went largely unnoticed in North America for decades but was bigger than the Beatles and Elvis in South Africa in the 1970s and 1980s. 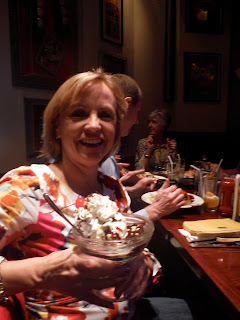 He has seen a revival in the last few years, especially since a documentary about him "Searching For Sugarman" won an Oscar this year. Anyway I digress, I wore my Alma Blouse to the show and to eat a Hot Chocolate Fudge Brownie at The Hard Rock cafe! 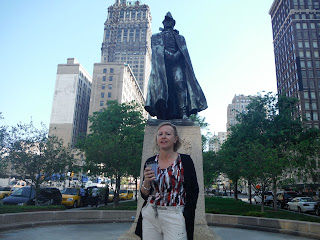 The next morning we did some sight seeing before heading home. So for day 19 (Sunday) I wore a Sewaholic Pendrell blouse, View C the sleeveless version. I made this as part of the One Week One Pattern (OWOP) challenge last year. 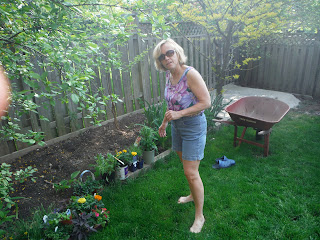 Day 20 (Monday) being Victoria Day it meant the start of serious gardening in Southern Ontario. I wore a Colette Patterns Sorbetto top, which is a free download. 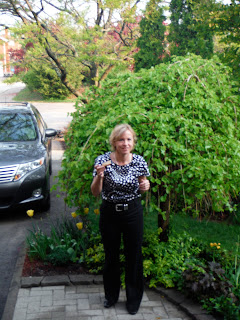 Day 21 (Tuesday). Back to work. This is a total repitition of Day 13, my Sewaholic Pendrell blouse. But I was working from the Montreal office last week and now I am back, so only I know it's a repeat in such a short space of time!!

Two things to note in the above photo. One, look how my tree has greened up since the beginning of the month. Two, I can apparently multi-task. I was eating my toast while the photo was being taken!!
Posted by Debbie at 6:56 PM

Email ThisBlogThis!Share to TwitterShare to FacebookShare to Pinterest
Labels: Me Made May 2013